TRIBES AND THE EXCHANGE NETWORK 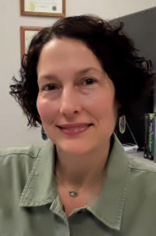 For more information, or to request assistance/mentorship for your EN project, CLICK HERE (via Dropbox).
INTERESTED IN BECOMING A MENTOR? COMPLETE THIS BRIEF QUESTIONNAIRE. 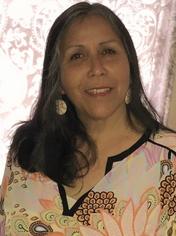 Bruce has been with the Northwest Indian Fisheries Commission (NWIFC) since 2007 and is the manager of the Salmon and Steelhead Habitat Inventory and Assessment Program (SSHIAP.  Since 2008, the NWIFC has been an active partner in the Exchange Network (EN), working with its 20 member tribes to successfully develop and deploy several data exchanges, including Water Quality, Nearshore, Juvenile Fish, and Adult Fish.  Currently his team is developing a new data exchange called ‘Riparian and Floodplain Data Exchange, which will assist in the management and sharing of riparian and floodplain data.  Bruce’s experiences on the EN/E-Enterprise includes serving on the Network Technology Board (and previously, the Network Operations Board) and Management Board as well as being a member of TGG or now TXG since 2008. 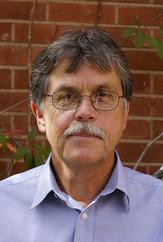 BryAnna has worked for the Tribe’s Water Quality Control Program since 2007. The Tribe has had an Exchange Network (EN) grant since 2008. The main focus of the EN projects have been to build the Tribe’s capacity to exchange data, both to EPA and data partners, more efficiently and effectively. The Tribe collects continuous air and water data, which amounts to an enormous amount of data requiring intense data management and specialized database tools for data validation, analysis, and organization. These efforts have led to improved data management, improved submissions, better access to and analysis of climate data. Projects have also included extensive database development, both in-house and cloud-based, mainly for our continuous water quality data. Streamlining data collection is also a part of the Tribe’s data management goals. BryAnna joined the TXG in 2012 to advocate for tribal participation in the Exchange Network. She sits on the EN Interoperability and Operations Team (IOT) and various Integrated Project Teams (IPTs) as needed. In relation to this work, you will often hear her state, “Tribes are not like states, and they are even less like each other.”

Linda has been the Environmental Director for Habematolel Pomo of Upper Lake (HPUL), since November of 2015. She has dedicated her efforts to protecting the environment and educating on the importance of be a “good steward to the land”. She is focused on building a strong foundation for HPUL Environmental Programs, which include Water, Air, Pesticides, Solid Waste and Geographical Information System (GIS) and Geographical Positioning System (GPS). She Is also involved in protecting Tribal Cultural Resources and is a Tribal Monitor herself. She oversees the Utilities, Emergency Response and Cemetery Maintenance. Some of her specialized skills include database creation, Database Management and Geodatabase creation and Map making. She has been a TXG member since 2009 with a 3-year hiatus and returned in 2014. Projects she is working on includes: a Restoration project on the second largest Tributary to Clearlake, to reduce Sediment and Nutrient loading, by partnering up with Mendocino National Forest to create “Natural Environmental buffers”. 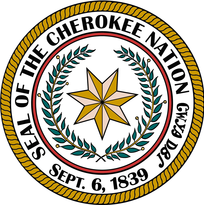 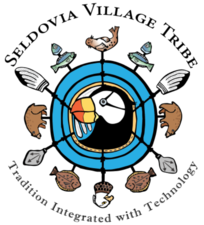 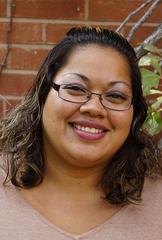 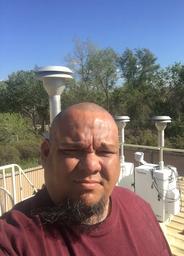 April has worked for the Cherokee Nation Environmental Programs office since February 2004 and is primarily responsible for managing the Clean Air Program. Her current duties include quality control and quality assurance of all air monitoring data, grant management, staffing and workload assignments, and uploading data into the EPA Air Quality System (AQS). April is licensed with the State of Oklahoma as a Registered Sanitarian and a Registered Environmental Specialist, is a Certified Hazardous Materials Manager (CHMM), and is a member of the National Environmental Health Association (NEHA). April began working with the Exchange Network program in 2011; the current Cherokee Nation EN grants include creating a Tribal mentoring program for ATTAINS (Assessment and Total Maximum Daily Load (TMDL) Tracking and Implementation System), providing support for Tribal representatives of the EELC, and establishing a radon data exchange via OpenNode2.  April serves on the EN Interoperability & Operations Team (IOT). 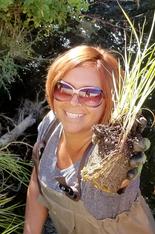 Darold has been involved with tribal air quality monitoring since 2014. He transitioned over to environmental science with Pala after working many years in information systems and technical support. Pala's environmental department started the air quality monitoring program over 20 years ago. The location of tribal reservation is a hot spot for a few ambient air quality issues. Darold has made many needed changes and improvements to the program and continues to help the tribe expand it abilities to handle its AQI issues. He says after been introduced to this field of work and meeting all the wonderful people that helped him when he started, he feels in debt and enjoys paying it forward.

​Whether you're new to the Exchange Network (EN), or a long time participant with years of experience behind you, we invite you to join the EN Tribal Mentors Network. Through mentorships, those with more experience assist those with developing skills, thereby promoting collaboration and information sharing. Mentorship efforts aim to build tribal capacity and support networks to foster long-term sustainability of EN projects. The Institute for Tribal Environmental Professionals (ITEP) and the Tribal Exchange Network Group (TXG) work closely with other EN stakeholders to identify appropriate mentor(s) on a case-by-case basis. ​​ 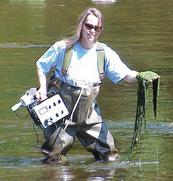 Frank has over 12 years of GIS/GPS experience has managed the Tribe’s GIS activities since 2009. His experience with the EPA Exchange Network dates back to 2006 when he started EN activities with the Cherokee Nation. The Muscogee (Creek) Nation recently developed the Open Waters database to begin flowing water quality data through the WQX data exchange. Currently, the tribe is in the process of developing an Emergency Response application using existing data flows and collaborating with other tribal partners. Frank began participation with the Tribal Exchange Network Group (TXG) in 2010 and also began serving on the Network Operations Board as part of the Exchange Network Governance. Frank currently serves on the Exchange Network Leadership Council (ENLC) as one of the tribal representatives. Frank has given various presentations on the Exchange Network at the Tribal EN conference, National EN Conference, and NCAI Annual Conference. 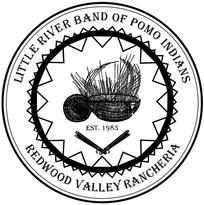 Lisa (Pawnee/Comanche) is the Director of the Campo Band of Mission Indians Environmental Protection Agency which is one of the oldest Tribal Environmental Agencies in the nation. Campo EPA administers a 103 Clean Air Act Program, Clean Water Act 319 and 106 Programs, GAP and a BIA funded Climate Change Program. Lisa is Campo’s delegate to the Region 9 RTOC, the National Tribal Air Association, the Western Regional Air Partnership, and is Region 9’s designee to the EPA E-Enterprise Leadership Council. Campo lands border the US/Mexico Border in the Eastern part of San Diego County in California – a fraction of the historic Kumeyaay territory. Campo is one of 12 Bands of the Kumeeyay.